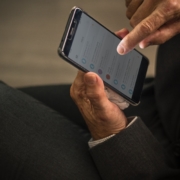 While there are countless tech and business articles praising 5G, there are also articles listing the harms that it could bring. But is this fear of 5G rational?

One concern people have about 5G is its health effects.

The potential damage brought by radio frequency radiation (RFR) has been feared since the dawn of cellphone use. This fear has partially been fueled by the World Heath Organization’s International Agency for Research on Cancer (IARC), who categorize RFR as “possibly carcinogenic”. However, as pointed out by an article in Digital Trends, the IARC also “puts coffee and talc-based body powder in the same ‘possibly carcinogenic’ category.”

Another reason people believe RFR is harmful is one 2018 study done by the National Toxicology Program, which found that high levels of RFR exposure caused brain tumors in rats. Naturally, people interpreted these findings as meaning that cell phones cause cancer. However, the study itself states that the effects on rat and mice “cannot be directly applied to humans” because the RF levels used were much higher than cell phone radiation, and the animals’ entire bodies were exposed to the radiation (as opposed to human RFR exposure only affecting the parts of our bodies holding cell phones). In fact, the study also states that the effects of 2G and 3G radiation used “do not apply to 4G or 5G technologies”.

However, other reports argue that 5G will bring harmful radiation exposure. In 2017, a group of European scientists and doctors released The 5G Appeal, calling for the EU to “halt the roll out of 5G due to serious potential health effects from this new technology”. The number of signatures on the appeal has continued to increase since its release.

The 5G Appeal cites a 2017 study by BioMed Research International that found that increased exposure to wireless phones increased subjects’ risk for glioma, a type of brain tumor. It concluded that RFR should be classified as carcinogenic.

Furthermore, because 5G requires the creation of more antennas, it will lead to more RFR exposure. The appeal asks that the health risks of 5G be evaluated by “impartial EMF-and-health scientists”. It concludes by urging the EU to stick to wired telecommunication.

The European Commission has rejected the appeal, stating that the effects of 5G will not nearly be as harmful as the appeal claims.

Scientists can’t seem to agree on the effects of RFR, according to Wired. It is then up to the discretion of consumers to decide how they feel about 5G when it is released.

The prospect of 5G service, the fastest wireless internet connection that devices have ever seen, has consumers and businesses alike buzzing with excitement. But what exactly is 5G?