With 275 million monthly users, Twitter has become a titan in the social media and greater digital marketing space. People regularly get their news and interact with celebrities on Twitter, and recent years have shown a rise in companies using Twitter to increase brand awareness and to run advertisements.

The main challenge with running a Twitter account for your business lies in the balance between maintaining an audience and being true to your brand. Here are three basic corporate Twitter mistakes to avoid.

1. Following online trends that don’t fall in line with your brand

When a joke (or “meme”) becomes popular online, it becomes especially popular on Twitter in the form of countless Twitter users recreating and reposting the same joke. As with many social media trends, this phenomenon is most popular among Millennials, and they tend to increase and fade in popularity within the span of a week. These jokes can come from anywhere, including song lyrics, movie quotes, or celebrity drama; however, they are almost always used in the context of young people relating to one another. While it is important to be aware of social media trends, it is crucial to stick to your brand’s voice to avoid presenting your company Twitter in the way a teen would present theirs.

In the following example, the account for IT company Cisco did their version of a Twitter trend (using the formatting of the “really”s) to joke about their company name.

This tweet is ineffective because outside of the context of this Twitter trend, it holds no value and tells nothing about their company. If someone unaware of this joke were to look at this tweet, they would gain no insight into Cisco’s company culture or business model–and possibly view Cisco in a negative light. Indeed, tweeting this hinders rather than increases engagement because of how off-brand it is for Cisco.

2. Selling instead of engaging

People use Twitter to get information relevant to their interests. When users follow corporations on Twitter, they expect engaging content–not advertisements. Of course, the goal is always to increase sales. But be wary of sounding too “sales-y” when drafting tweets, and try to avoid having every single post directly be about getting people to make purchases.

The Microsoft Office account on Twitter made this mistake after responding to a user’s tweet, who named their pets after Microsoft. The company then responded with a casual reply and immediately turned the same post into a sales pitch. This quick shift in tone takes the lighthearted nature out of the Tweet and makes it seem like Microsoft cares more about making a sale than thanking a Microsoft user for their loyalty to the brand.

Below are examples of effective ways to engage your audience. This first example from IBM, who liked a tweet shared by an employee. IBM’s followers can see what tweets are liked, and by liking an employee’s tweet, they show consumers that they value their employees. The second example is from LinkedIn, who liked an update shared by a LinkedIn user satisfied with their experience using the platform. This type of engagement shows consumers that LinkedIn listens to their thoughts and appreciates them.

Likes on Twitter are always public–make sure to use them to help your brand’s image.

According to Forbes, “audiences on different social networks are not homogeneous; they are unique, and the content they expect is unique”. Businesses are sometimes overzealous when signing up for social media, creating accounts on multiple platforms and having nothing to post on them. The solution to this problem is not to upload the same posts across all your accounts, but to narrow down the number of corporate social media accounts you open and to create various types of posts for each platform.

Ideally, your audience should be able to follow you on all your social media accounts and receive a different set of content from each platform.

Overall, remember that Twitter–despite being free–is a marketing platform when used by a corporation. While every post and interaction is sales-driven, always remember to be true to your brand. 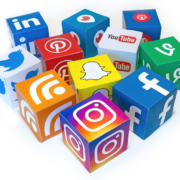 What is 5G?
Scroll to top